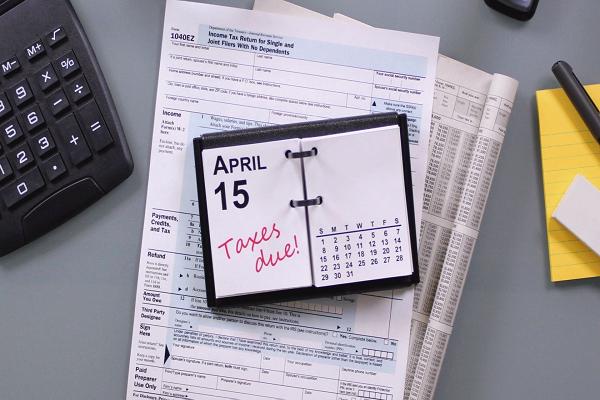 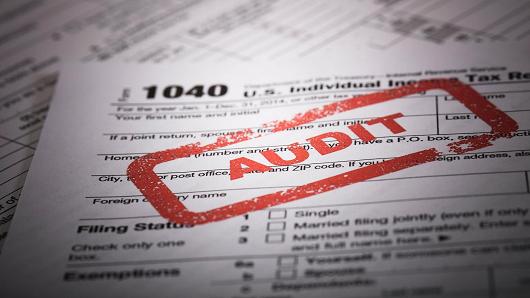 Little can strike more fear in the heart of taxpayers than the prospect of the Internal Revenue Service questioning their tax return.

Yet, for most people, the chances of an audit are slim. Of the nearly 148 million individual tax returns filed in 2016, just 0.7 percent (about 1 million) were audited, according to the IRS.

The factor that increases your chances the most? Making a lot of money. If you earn more than $1 million, the audit rate jumps to 5.8 percent.

“This is one case where the less money you make, the better off you are,” said Bill Smith, managing director at CBIZ MHM’s National Tax Office in Washington.

While getting contacted by the IRS regarding your return will not always result in owing more to Uncle Sam — sometimes it actually leads to a refund — it usually does mean you face additional taxes, according to IRS data. In 2016 alone, audits resulted in taxpayers forking over a collective $9.8 billion.

The IRS does not reveal exactly why it chooses to audit the returns it does, only overall data after the fact. So it’s entirely possible to be audited for reasons that have nothing to do with common areas of recent scrutiny.

And even if you’ve gotten away with exaggerating deductions or unreported income in the past, don’t assume your luck will last forever. 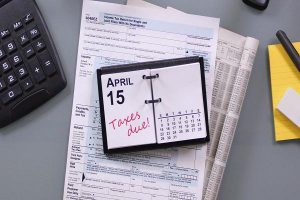 “Sometimes the IRS can get information that shows a pattern from a taxpayer that are red flags,” said April Walker, lead manager for tax practice and ethics at the American Institute of CPAs.

For instance, if successive years of outsized charitable contributions come from a taxpayer whose reported income suggests that rate of generosity would be unsustainable, it could trigger interest from the IRS.

Additionally, don’t assume that even if your income level makes the chance of audit low that you’re in the clear. Any large deductions and credits relative to income can cause scrutiny or require additional documentation.

And regardless of income level, there are some other things on tax returns that can grab the attention of the IRS.

All those forms you receive showing income — i.e., your W-2 from work, a 1099-MISC or 1099-K reporting side income or 1099-INT showing taxable interest of $10 or more on a bank account — also go to the IRS. And if you fail to report any of those earnings, the IRS will come calling.

“If there’s a discrepancy, it generates an automatic correspondence from the IRS,” Walker said. “That’s an easy thing for them to notice.”

Even if you don’t receive an official income form for work you performed, you probably still need to let the IRS know about it: If your income (after expenses) from a side gig is at least $400, you are required to report it and pay taxes on it.

This is an area where some taxpayers take leeway in reporting costs associated with their business, whether it’s a full-time endeavor or a side hustle.

The IRS says that of the $458 billion in underreported taxes 2008 through 2010, almost 60 percent of it was owed on business and self-employment income.

“Taxpayers can lack documentation for expenses,” Walker said. “It’s an area of scrutiny.”

* Returns that do not claim the earned income-tax credit

She advises keeping good records, which includes receipts from business-related purchases and a mileage log. It’s also important to categorize your expenses properly on your return.

“If you put a category that says ‘other’ and have a lump sum instead of breaking it out by office supplies or other types of expenses, it can be a red flag,” Walker said.

Remember, too, that to take the home-office deduction, the space must be used exclusively for your work. So the kitchen table does not count.

If you say you are a real estate professional, you had better be one.

In simple terms, losses from your rental property can be used to offset other income, such as wages, if you are a real estate professional. But to be considered as such, you must spend 750 hours a year working on that business.

“If you have a full-time job and say you also are a real estate professional, it’s less likely that you actually spend that amount of time on it,” Smith said. “That could trigger an audit.”

If you keep money in a foreign bank account, it could potentially generate questions. Over the last seven or so years, the IRS has increased its scrutiny of taxpayer returns that include evidence of holding money overseas.

Additionally, overseas banks are required to identify, to the IRS, Americans who have accounts with them.

Failure to claim your overseas assets can result in stiff financial penalties.

For instance, if you should have filed Form 8938 and did not, the penalty could be $10,000. If you ignore your reporting responsibility after hearing from the IRS, an additional penalty of up to $50,000 could be added, along with a 40 percent penalty on an understatement of tax attributable to non-disclosed assets.

In other words, the IRS means business.

“It’s getting harder and harder to hide money offshore.