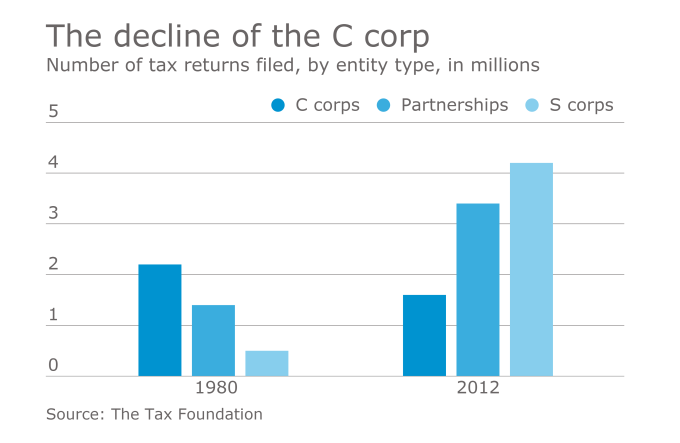 The Tax Cut and Jobs Act was written “very quickly and on the fly,” according to Dustin Stamper, a director in Grant Thornton’s Washington National Tax Office. Accordingly, there have been numerous requests for technical corrections from Congress and guidance from the Internal Revenue Service.

Among the issues most pertinent to small businesses are those generated by new Code Section 199A, which lays out the rules for when taxpayers may exclude up to 20 percent of their pass-through trade or business income, according to Roger Harris, president and chief operating officer of Padgett Business Services. Harris set out the concerns affecting preparers in a request for early guidance from the Treasury.

The question of what is reasonable compensation, while not a new issue, is more critical than ever under Section 199A, he explained. Harris participated in a recent IRS roundtable seeking input from stakeholders on the issues where guidance is most needed under the new law.

“Before, the characterization of income was limited to payroll taxes,” he said. “New Section 199A puts the problem on steroids. The added differential created by a 20 percent deduction will increase the incentive for taxpayers to claim income as a distribution, rather than compensation. Tax preparers will find themselves stuck between their clients and the Internal Revenue Service. Therefore, the more guidance provided by the IRS earlier in the process will not only help small businesses and their tax preparers but will decrease audits and litigation after the fact.”

Section 199A provides particular problems, since it might make preparers liable for preparer penalties, he added.

“Decisions concerning compensation versus distributions are often decided before the preparation of the individual tax return and were done by the taxpayer or another return preparer,” Harris said. “The current lack of clear guidance on reasonable compensation gives tax preparers very little direction on how to advise taxpayers and avoid potential preparer penalties. The IRS can help mitigate this problem by providing specific guidance for tax preparers dealing with pass-through clients.”

There may be three different people directly involved in the issue, he observed. “The person who does the payroll makes the initial decision how much is salary and how much is not. Then someone does the entity tax return and they have the opportunity to address the issue at that point. Then there’s the person who prepares the individual return, and that’s where the ultimate deduction shows up. If their determination is wrong, then what happens? Does the penalty fall equally on the three, or just the second or the third person?

At the roundtable, Harris pointed out the fact that two different bills – the Camp bill and the House bill – would have created a 70-30 safe harbor. “If 70 percent of the money taken out was called salary, they would accept the other 30 percent being called non-salary. Although politics wouldn’t let that happen, it doesn’t mean the service can’t adopt it. They’re not faced with the same potential pushback as legislators were.”

“It wouldn’t mean you have to employ the 70-30 position, but the burden would be on the taxpayer to defend their position.”

In a follow-up letter to the service, Harris set out the following questions for which preparers need answers: