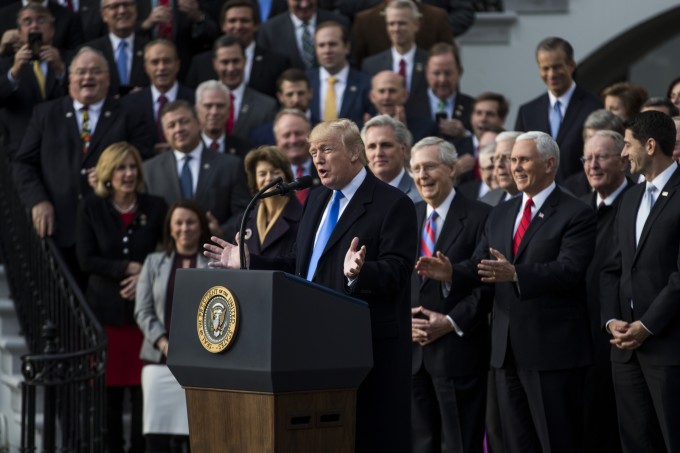 President Donald Trump speaks during a tax bill passage event with Republican congressional members of the House and Senate.

Fewer than four out of 10 taxpayers are happy with President Trump’s recent tax reform law, according to a new survey.

The survey, by the consumer finance site WalletHub, found that 69 percent of people said the tax reforms are better for corporations than consumers, while 67 percent indicated the reforms benefit the rich more than the middle class.

The poll also found 90 percent of the respondents believe the government currently does not spend their tax dollars wisely.

The survey also asked about Tax Day and the IRS. It found 30 percent of the respondents said making a math mistake is their biggest Tax Day fear, edging out not having enough money (29 percent) at the top of the list.

Asked about their attitudes toward the Internal Revenue Service, 29 percent of the poll respondents said they like their in-laws more than the IRS, 13 percent prefer cold showers, and 9 percent favor a traffic jam.

WalletHub also ranked the states with the lowest and highest tax rates: