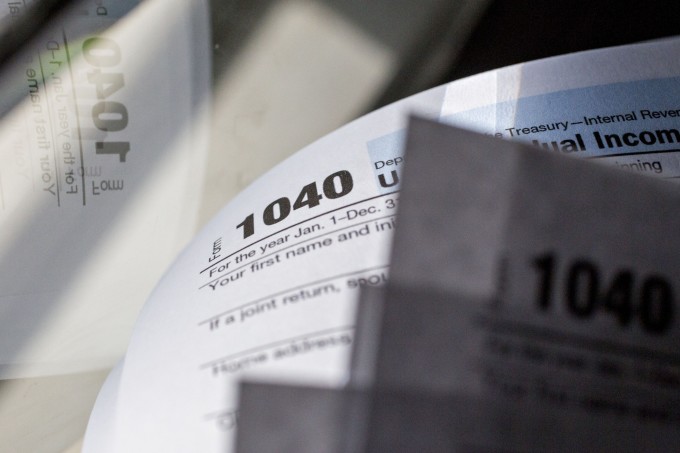 Every year the IRS processes more than 120 million tax returns that arrive by mid-April and spits back some $300 billion in refunds. Last year, about 90 percent of returns submitted by April 21 were e-filed, according to IRS data.

Tax Day was on April 17 this year, since April 15 was a Sunday and April 16 was a holiday in Washington.
The website’s statement did not say what, exactly, caused the computer malfunctions. Bruce Friedland, an IRS spokesman said in a statement on Tuesday afternoon that “all indications point to this being a hardware-related issue, not other factors.”

The IRS was unable to accept information transmitted from software providers, Kautter said after testifying at a congressional hearing on Tuesday.

“On my way over here this morning, I was told a number of systems are down at the moment,” Kautter said during the hearing. The problem was discovered between 1 a.m. and 3 a.m., he added.

The systems that malfunctioned included e-file and direct pay, which allows taxpayers to pay what they owe through their bank accounts, Friedland said.

Earlier on Tuesday Treasury Secretary Steven Mnuchin told reporters after a Tax Day event in New Hampshire that “We’ll make sure taxpayers have extensions once the system comes up,” the Associated Press reported.

Unwelcome Message
An alert message popped up when users selected “Bank Account (Direct Pay)” on the agency’s website; it said the service was currently unavailable. The same message appeared when choosing to apply for a payment plan or view account information.

“If we can’t solve it today, we’ll figure out a solution,” Kautter said during the hearing. “Taxpayers would not be penalized because of a technical problem the IRS is having.”

Last year, the IRS received five million tax returns on the last day of the filing season, according to Friedland, the IRS spokesman.

Taxpayers should continue to prepare and file their returns as normal, according to statements released during the malfunction from tax preparers H&R Block Inc. and TurboTax. The firms would start submitting returns when the agency could accept them again.

Tom Nemet, an accountant in Hamden, Connecticut, said that his software had shown the IRS system was down when he tried to send in client returns earlier Tuesday. Nemet said he thought those returns and six-month extensions would still be considered as filed on time.

House lawmakers are scheduled to vote this week on a package of bipartisan bills to retool the agency — including modernizing its information technology systems. The package wouldn’t require appropriators to provide additional money to the agency.

Mark Everson, the vice chairman of tax advisory firm AlliantGroup LP, who served as IRS commissioner from 2003 to 2007, said that the system failure showed that Congress has to work with the IRS to ensure the agency has appropriate funding.

“A problem on tax day is every commissioner’s worst nightmare,” Everson said. “The filing season is always job one.”