The Internal Revenue Service, fresh off its success in uncovering U.S. assets hidden in Swiss banks, has assigned elite criminal agents to investigate whether Bitcoin and other cryptocurrencies are being used to cheat the taxman.

A new team of 10 investigators is focusing on international crimes. In addition to following undeclared assets that are flowing out of Swiss banks after a crackdown, it will also build cases against tax evaders who use cryptocurrency. The promise of anonymity that has drawn money launderers and drug dealers to virtual coins is also attracting tax cheats, the IRS has said.

The agency hasn’t charged anyone yet, but the cases will come, Don Fort, chief of the IRS Criminal Investigation Division, said in an interview.

“It’s possible to use Bitcoin and other cryptocurrencies in the same fashion as foreign bank accounts to facilitate tax evasion,” Fort said. 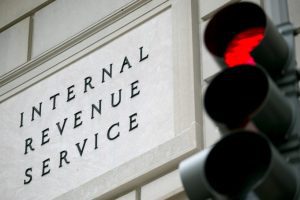 Regulators in the U.S. and around the world are rushing to tighten rules in response to the frenzy over digital coins. A booming market for the coins made some investors millionaires virtually overnight before Bitcoin fell 44 percent this year.

The Securities and Exchange Commission formed a group to combat potential fraud, which has cracked down on companies that sell digital tokens illicitly and warned investors they might get fleeced.

“The biggest challenge for the IRS is this really new technology,” said Lisa Zarlenga, a tax attorney at Steptoe & Johnson LLP. “They need to educate themselves on what is a blockchain, how do we learn what’s on the blockchain, and how do we follow it?”

Blockchains are online ledgers that record transactions in virtual currencies. They can be public or private. Because there’s no central authority in the blockchain, people can often store wealth secretly and serve as their own bankers.

IRS criminal agents, who can arrest people and help send them to prison, have benefited from the work of the agency’s revenue agents. They formed a team in 2013 to study the use of virtual currencies to avoid taxes by moving money in and out of offshore accounts.

That team spent two years helping to prepare a legal summons seeking the identities of all customers of Coinbase Inc., one of the largest virtual currency exchanges, from 2013 to 2015. After a legal fight, the IRS narrowed its request but still argued it had a “reasonable basis” to believe many Bitcoin users weren’t paying taxes. They likened Bitcoin exchanges to the “Wild West” days of unregulated barter exchanges in the late 1970s and early 1980s.

“Billions of dollars in Bitcoins are currently being transferred by malware ransomers, online drug dealers, tax evaders and other criminals, all of whom are emboldened by what they perceive to be law enforcement’s inability to pierce Bitcoin’s pseudo-anonymity,” Justice Department Tax Division attorneys argued in a Sept. 1 court filing.

On Nov. 29, a judge in San Francisco ruled that Coinbase must turn over information on accounts with at least $20,000. She cited IRS data that only 800 to 900 U.S. taxpayers reported Bitcoin gains on their returns from 2013 through 2015.

“That more than 14,000 Coinbase users have either bought, sold, sent or received at least $20,000 worth of Bitcoin in a given year suggests that many Coinbase users may not be reporting their Bitcoin gains,” U.S. Magistrate Judge Jacqueline Scott Corley wrote. “The IRS has a legitimate interest in investigating these taxpayers.”

Fort said his unit is focusing on how users convert cash to cryptocurrency and back. “We know that you want to get your money out at some point,” he said.

In addition to individuals who evade taxes, Fort’s agents are looking at unlicensed exchanges in the U.S. and overseas. They are working with other criminal agents around the U.S. and stationed abroad.

The Criminal Investigation Division gained expertise in tracking cryptocurrency by working on hundreds of identity-theft cases. The division has shrunk in recent years as Congress has reduced funding, resulting in a loss of 21 percent of agents since 2011.

As a result, the division is forming specialized teams with expertise to develop high-impact cases. Aside from cryptocurrency and the flow of funds out of Switzerland, the international team will focus on tax crimes involving expatriates and cases arising out of the Foreign Account Tax Compliance Act.

Tax attorney James R. Brown said many of his investor clients believe that effective regulation and law enforcement would bring legitimacy to cryptocurrency as an asset class.

They don’t believe that the ultimate source of value comes from skirting around the rules or cheating or criminal activity,’’ said Brown, a partner at Ropes & Gray LLP. “They see the future differently.”