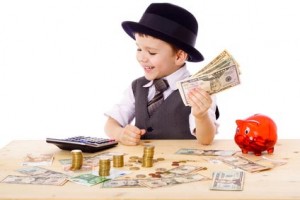 How old are your kids? The answer could determine your tax bill

How old are your kids? The answer could determine your tax bill 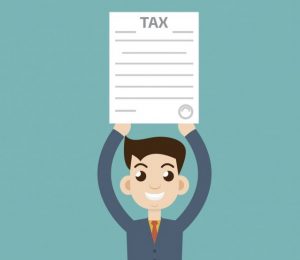 Earlier this year Jay Charles’s twice-a-month paycheck jumped by $65, a result of the new U.S. law that cuts taxes almost $1.5 trillion over the next decade. Then he did the math.
It turns out Charles, a 48-year-old software developer in Blythewood, South Carolina, may not get a tax cut at all. He and his wife don’t have children and won’t be able to benefit from an enhanced child tax credit—and they’ll be losing some benefits including unlimited state and local tax deductions. An online calculator showed Charles he’ll break even, and his wife, a professor who files separately, will probably see a tax increase.
For many Americans, the most noticeable effect of the tax law so far is a jump in their take-home pay. After the law passed, the Internal Revenue Service issued new withholding tables, directing employers to adjust how much tax money they take from workers’ paychecks starting in February. Those withholding amounts are effectively a guess at what employees’ tax liabilities will be for 2018.

Some taxpayers are finding the tables are a blunt tool. When 2018 taxes are due in April 2019, millions of Americans could find themselves owing the government far more than was withheld. Millions of others could find they paid too much in 2018, resulting in unusually large refunds. Which category you fall in could come down to whether you have any dependents and how old they are, if you itemize deductions, and whether you’re a two-income family.

In the meantime, the tax withholding amounts could have political consequences. Control of Congress is at stake in November’s elections, and the tax law is on track to become a top issue. Voters’ opinions may depend on whether they think they’re personally getting a fair share of benefits from the law signed by President Donald Trump in December.

Withholding is based on W-4 forms, typically filled out by workers when they start a job and rarely adjusted afterward. After the tax overhaul made parts of the old W-4 obsolete, the Treasury Department and the IRS issued a new form on Feb. 28, and unveiled an online calculator to help workers get their withholding right. Workers won’t be required to submit new W-4s, however, and many are unlikely to bother.

“This year it’s more critical than ever for all taxpayers to assess their personal situation, to make sure they have withholding at the right level,” said Stephen Dombroski, senior payroll tax compliance manager at payroll company Paychex Inc.

The taxpayers most likely to get a nasty surprise when filing taxes next year are those who have typically itemized on their returns and claimed large deductions. That’s especially true if those deductions were for state and local taxes, which are limited to $10,000 by the law, or for unreimbursed employee expenses, which are eliminated entirely. The IRS also urges couples with two incomes, workers with multiple jobs, and taxpayers with lots of dependents to re-check their W-4s.

The bottom line: The more complicated your situation, the more likely your withholding is out of whack, in positive or negative ways. 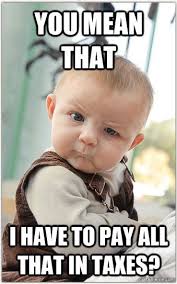 Take, for example, a double-income couples with two teenagers living in California, one of the high-tax states where SALT deduction limits could throw off withholding calculations. They earn a combined $300,000 and deducted $29,000 in SALT, $16,000 in mortgage interest, and $7,000 in charitable contributions on their 2017 tax return.

Though this family gets hurt by the SALT limit, they benefit from changes to the alternative minimum tax, or AMT. Under the old withholding rules—under which the family withheld a relatively high amount, claiming no personal allowances—they’d still end up writing a check of almost $4,000 to the IRS each year, because they were hit by $6,500 in extra taxes from the AMT.

In 2018, the new withholding tables should boost this family’s take-home pay by $8,426, according to estimates by the Tax Institute at H&R Block—a noticeable $702 more per month. They also no longer need to worry about the AMT, which was sharply limited, though not eliminated, by the new law.

Their final bill next April, however, could vary widely based on a factor not reflected on their old W-4s and also unrelated to the SALT and AMT changes—the age of their children.

The former W-4 counted all dependents equally, reflecting a $4,050 personal exemption for every person on a tax return, from toddlers to college-age kids and elderly relatives. The tax revamp eliminated personal exemptions, so the new W-4 must make distinctions between children under the age of 17, who are eligible for an increased $2,000 tax credit, and other dependents who only get a $500 credit. For withholding purposes, then, a child is worth four times the value of other dependents. The law also made the child tax credit available to more upper-income taxpayers.

If the California family’s children are 15 and 16 years old, H&R Block estimates, they’ll get to April and find they owe the IRS $2,758, 30 percent less than last year. However, if their kids are 17 and 18—ineligible for the child tax credit—they’ll need to write a check for $5,773, almost 50 percent more than last year. They’ll even need to pay the IRS a small underpayment penalty of $15.

The vast majority of U.S. workers will see some tax cut as a result of the law, at least initially. Though the law’s benefits for individuals fade over time, 65 percent of American households can expect a tax cut in 2018 and 6.3 percent will see a tax hike, according to estimates from the Tax Policy Center.

Democrats deride the law, which they’ve branded the “tax scam,” as a giveaway to the wealthy and corporations that offers relatively small, temporary benefits to middle-income taxpayers. In a January letter to the IRS, top congressional Democrats raised concerns that the IRS’s withholding tables might be intentionally skewed to boost workers’ pay now and leave them owing money in 2019, after the midterm elections.

Treasury Secretary Steven Mnuchin said worries about political motives were “ridiculous.” In a letter obtained by Bloomberg News to Senator Ron Wyden, an Oregon Democrat, the IRS said it would “help workers ensure they are not having too much or too little withholding taken out of their pay.”

There’s no evidence that the IRS’s new withholding tables boost paychecks overall by more than they should to reflect the new law. The IRS acknowledges, however, that for individual taxpayers, paychecks could end up being a poor guide to how they’ll ultimately fare under the new law.

Mnuchin encouraged taxpayers to use the withholding calculator unveiled last week. “The majority of Americans don’t need to do anything, but we always encourage people to have the ability to check their specific situation,” he said.

For many taxpayers in more complex situations, however, the online calculator might not work. The IRS warns that self-employed taxpayers, people with capital gains and dividends, and others might need to wait for more guidance, expected from the agency in “early spring.” In the meantime, they may need to pay a tax adviser to determine their best withholding strategy for 2018.

When Charles realized his situation, he said he adjusted his withholding to erase the boost to his paycheck. He’s not a fan of the new law, which he worries is going to spike the national debt. The windfall from the tax code changes, he said, “is going to fall on a lot of wealthy people and corporations, and none of it is going to me.”