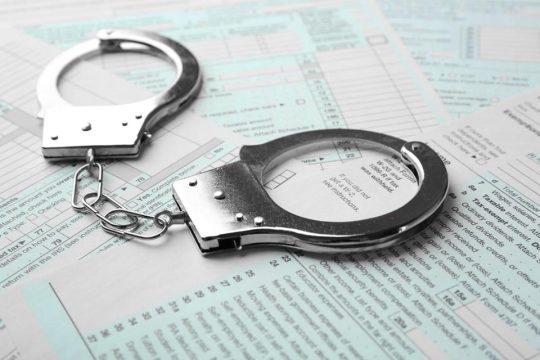 Hiding Assets From The IRS May Lead To Hard Time

Hiding Assets From The IRS May Lead To Hard Time

Many audits are caused by simple oversights and accidents. While people who make these mistakes face fines and penalties, they almost never end up in jail. However, it is not quite the same for people who are intentionally hiding assets from the IRS. In fact, a businessman and his accountant both face felony charges for hiding assets from the IRS.

Assuming that one can try to fool the IRS and get off with a slap on the hand is a mistake, as one businessman can attest this week. Wagdy Guirguis was indicted by a grand jury in Hawaii for a wide range of crimes including concealing income and assets to obstruct IRS charges, filing false corporate tax returns, failing to file a corporate tax return and more.

How did this happen? Guirguis is not accused of making an addition error on his return but rather conspiring to defraud the IRS. The IRS assessed $812,000 against GMP, a corporation owned by Guirguis, for more than $3 million in unclaimed income. When these taxes went unpaid, the IRS attempted to collect in a variety of ways that Guirguis successfully thwarted. In addition, Giorgio’s transferred money to a new account in a new name using his accountant as a third party to obscure the trail. He also gave assets to his wife so they could not be seized. .

The Bottom Line: Hiding Assets From the IRS Can Lead to Hard Time

This serves as a warning not just to business owners but to accountants as well. Guirguis’ accountant is accused of playing a large role in hiding assets from the IRS, but all accountants are at risk. It is important to give clients good advice that is consistent with ethics and laws. It also is important to document this advice in case it is needed as a defense later.

This case is a rather extreme one, but it is likely that an increasing number of people will feel the wrath of the IRS this year. The agency has committed itself to cracking down on fraud of all kinds in 2018. To avoid becoming an example, be honest and forthright with the IRS and make no effort to evade them. Even if a judgment seems unfair, it is likely better than criminal charges.