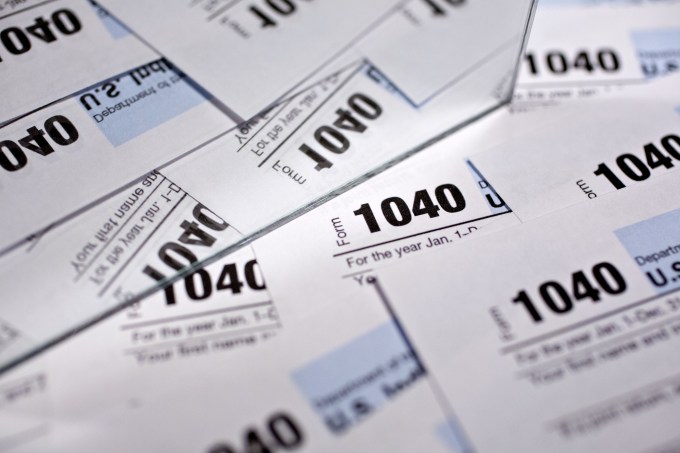 “I attended my second tax update for CPAs today where the instructor completely contradicted what we heard last week at a similar session,” said Evan Beach of Campbell Wealth Management in Alexandria, Virginia.

Nevertheless, there is some consensus as to what you can do now. Below are some early thoughts from wealth managers on strategies taxpayers can start thinking about to avoid unpleasant surprises a year from now.

Advisers suggest having an accountant run mock 2018 returns after this year’s forms are finished. TurboTax’s TaxCaster tool was just updated to be able to forecast a 2018 tax refund based on the new law. Users enter their basic 2017 tax information, and it will spit out a 2017 estimated refund and a forecast for 2018 side by side, according to the company. H&R Block said its preparers will get a “pretty detailed” tool in the first week of February to allow them to go over a finished 2017 return, line by line, and preview the new tax law’s impact on next year’s return. TaxAct expects its calculator to be updated by mid-February such that it can preview next year’s taxes. Running those future numbers can flag potential issues. That said, state revenue departments and the Internal Revenue Service have had little time to process the changes, so much remains in flux. “The IRS and states haven’t decided how some provisions of the new tax law will be calculated yet,” said Jagjit Chawla, general manager of Credit Karma Tax. “For example, they only recently shared guidance with tax preparers about the current 2017 tax season. The IRS and states will share their 2018 guidance later this summer.”

The new law means that the W-4 you filled out however many years ago may need to be recalibrated. The IRS came out with new withholding tables on Jan. 11 that reflect changes such as the elimination of personal exemptions in the new tax law, but has yet to release an updated withholding calculator or a revised W-4 form. Additionally, the new tables don’t reflect all the changes that may affect a taxpayer next year, so they’re a somewhat of a blunt tool.

If workers leave their W-4 as is, they could wind up withholding too little, which can bring penalties, or they may get a smaller-than-expected refund next year. Workers in higher tax brackets who receive large bonuses could see a higher tax bill next season if they don’t tweak W-4s, since one of the ways employers can set the withholding rate on “supplemental income” such as bonuses in the new law is to use a flat rate of 22 percent.

“A large percentage of our clients will see a tax increase due to being in a high property and high-income tax area,” said Beach of Campbell Wealth Management. “My fear is that the new withholding tables will have them under-withhold and then they will have to write a check in April.” The only solution he sees to deal with that now is for clients to make quarterly estimated payments. H&R Block expects its new tool to help people figure out if they need to change their withholding, and Liberty Tax Service is crunching on a new calculator to let those who get W-2 and 1099 forms make sure their withholding is appropriate. The goal is for the calculator to be ready for the later part of the filing season, which starts around March 1, said Martha O’Gorman, the company’s chief marketing officer.

A big change that could affect many taxpayers is the tax overhaul’s controversial cap on state and local income tax (SALT) deductions, a provision Democrats have labeled a war on blue state Americans. The deduction, which used to be unlimited, will be capped at $10,000 next year. The new law’s near-doubling of the standard deduction to $12,000 for single filers and $24,000 for married couples filing jointly does mean fewer will itemize, but residents of high-tax, high-income states such as California, New Jersey and New York could wind up paying thousands of dollars more. A report by New York State’s Department of Taxation and Finance pegged the cost to New Yorkers alone at $14 billion.

States are busy devising workarounds to try and keep those residents from seeing a big spike in federal taxes next year—or moving to a lower tax state. Strategies being explored include plans to replace a state income tax with an employer-side payroll tax, and/or a system of tax credits for charitable donations made to state funds that support areas like education and health care. It’s not clear whether the attempts will prove administratively or legally feasible, however, especially since the Trump administration has pledged to fight such efforts.

To try and get around that new SALT limit, one strategy advisers suggest for people who regularly donate to charity is to bunch up into one year what they would have given over multiple years. For those who itemize, charitable donations remain deductible on federal returns and can help lift married taxpayers who file jointly above the $24,000 standard deduction hurdle. By putting a few years’ worth of donations into a a donor-advised fund—many financial services firms have units that offer them—you can take the deduction the year you put the money in, but distribute the money to charity over multiple years.

The deductibility of interest on home equity loans and lines of credit (HELOCs) is a big area of confusion, said Tim Steffen, director of advanced planning for Baird Private Wealth Management. The new tax law lowered the amount on which interest expense on so-called “acquisition indebtedness” could be deducted—from $1 million to $750,000 for new loans made after Dec. 14, 2017. It also eliminated the interest deduction on loans that are not used to ‘buy, build or substantially improve’ a home, he said.

“Sometimes people buying a home don’t have money for the down payment, so take out a loan for 80 percent of the price and a home equity loan out for 20 percent,” said Steffen. “Because the home equity loan was used to buy a house it’s still considered deductible.” Going forward, though, if you take out a HELOC and use some of the money to buy a car, you cannot deduct that interest. If you use the money to put an addition on your home, however, that may still be deductible.

The new tax law expands the allowable use of tax-exempt 529 college savings plans for education costs that accrue while your child is between kindergarten and high school graduation. But while some states automatically follow the federal code, others choose to decouple from certain parts of it. So while the U.S. government may say you can use 529 money for K-12 expenses, a state may consider such a withdrawal a non-qualified distribution and could charge you penalties, said Steffen. So be careful.

A question Scott Bishop of STA Wealth Management in Houston, Texas, is hearing is whether the tax law does anything good or bad for a client’s retirement strategy. For those retiring before age 70 ½, the age when withdrawals from tax-deferred retirement savings plans such as 401(k)s become mandatory and thus raise your taxable income, lower tax rates could present a reason to convert a standard pre-tax IRA into a Roth IRA, which consists of after-tax money. Or clients may consider taking distributions from standard IRAs, which they can tap without penalty starting at age 59 ½, to take advantage of lower tax brackets and avoid a “tax time bomb” of having to take large required minimum distributions (RMDs) while in retirement. Those bombs can bump you up into a higher tax bracket.

“You can get your knickers in a knot and worry about something no one knows enough about yet, or you can chill and prepare your questions and concerns for when the answers surface,” said Jon Ten Haagen, of Ten Haagen Financial Group in Huntington, New York. “Breathe in, breathe out, and repeat as necessary until your heart rate is back down to normal.”