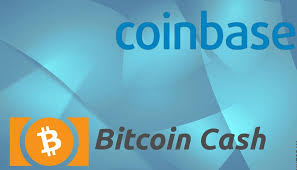 A federal district court granted partial enforcement of an IRS summons seeking information regarding virtual currency transactions. It ruled the summons, as further narrowed by the court, serves the legitimate purpose of investigating account holders with the virtual currency exchange Coinbase who may have failed to pay federal taxes on their virtual currency profits, and that the information sought is relevant to that purpose.

Facts: Coinbase Inc. was America’s largest platform exchanging bitcoin into U.S. dollars by the end of 2015. It claimed to have served 5.9 million customers and exchanged $6 billion in bitcoin through its buy/sell trading functionality.

The IRS served a “John Doe” summons on Coinbase seeking information from a wide range of records and documents regarding U.S. persons conducting convertible virtual currency transactions at any time from 2013 through 2015. Coinbase refused to comply, resulting in an enforcement action.

Subsequent to unsuccessful negotiations with Coinbase, the IRS filed a “Notice of Narrowed Summons Request for Enforcement” with the court, seeking more specific types of information regarding accounts “with at least the equivalent of $20,000 in any one transaction type (buy, sell, send, or receive) in any one year during the 2013—2015 period,” with limited exceptions. Coinbase admitted that this request covered 8.9 million transactions and 14,355 account holders. For those accounts, the IRS sought, among other items, registration records, transaction logs, payment records, and correspondence. Coinbase refused to comply with this narrowed summons.

In support of its belief that virtual currency gains have been widely underreported, the IRS stated that while approximately 83% or 84% of taxpayers filed returns electronically, only between 800 and 900 persons electronically filed a Form 8949, Sales and Other Dispositions of Capital Assets, that included a property description that was “likely related to bitcoin” in each of the years 2013 through 2015.

Notice 2014-21 provides that virtual currencies that can be converted into traditional currency, such as bitcoin, are property for tax purposes. Capital gain or loss from property transactions, including from virtual currency, is reported on Form 8949, which is attached to Schedule D, Capital Gains and Losses, of Form 1040, U.S. Individual Income Tax Return. (For more, see “Tax Practice Corner: Documenting Virtual Currency Transactions,” JofA, Jan. 2018.)

Issue: Sec. 7602(a) authorizes the IRS to issue a summons for ascertaining the correctness of any return, making a return where none has been filed, or determining or collecting a tax liability.

Powell, 379 U.S. 48 (1964), provides that the IRS must establish “good faith” when seeking summons enforcement by showing the summons is issued for a legitimate purpose, seeks information relevant to that purpose, seeks information the IRS does not already possess, and satisfies all administrative steps of the Internal Revenue Code. The burden on the IRS is minimal, as Sec. 7602(a) must be read broadly so that the IRS’s enforcement powers are not unduly restricted.

Once the IRS satisfies its burden, a taxpayer challenging enforcement must show an abuse of process or lack of good faith by the IRS, based on an allegation of specific facts and evidence.

The issue decided was whether the narrowed summons sought information relevant to a legitimate investigative purpose.

Holding: The court held that the narrowed summons served the legitimate purpose of investigating the “reporting gap between the number of virtual currency users Coinbase claims to have had during the summons period” and “U.S. bitcoin users reporting gains or losses to the IRS during the summoned years.” The court reasoned that the discrepancy “creates an inference that more Coinbase users are trading bitcoin than reporting gains on their tax returns,” indicating the IRS has a legitimate interest in investigating these taxpayers.

Regarding the relevancy requirement, however, the court ruled that the range of records the IRS was requesting was broader than necessary. Accordingly, in granting the IRS’s summons enforcement request in part, the court ordered Coinbase to produce only the taxpayer identification number; name; birthdate; address; records of account activity, including transaction logs; and all periodic statements of account or invoices (or the equivalent) for accounts subject to the narrowed summons. It provided that if additional detailed records on a specific taxpayer are determined to be needed, the IRS can issue a summons directly to the taxpayer or to Coinbase with notice to a named user.

The court rejected allegations that there was an abuse of process or lack of good faith, including harassment, and refused Coinbase’s request for an evidentiary hearing.