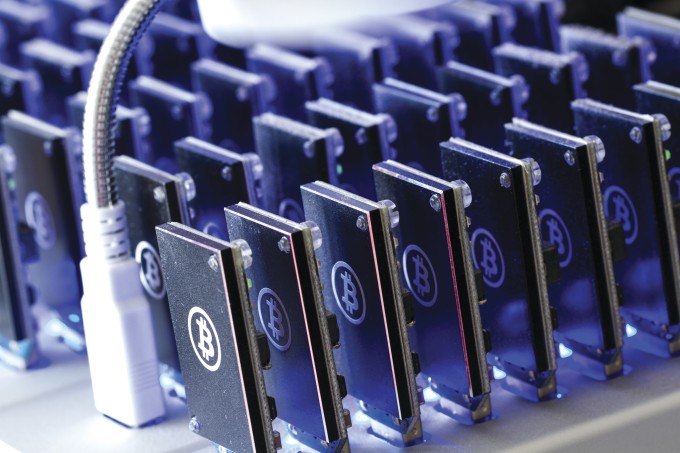 Bitcoin Is Property, Not Currency

Bitcoin Is Property, Not Currency

The tax implications of cryptocurrency have become increasingly important as the Internal Revenue Service and other government agencies step up their scrutiny of transactions involving bitcoin or other forms of virtual currency.

Despite the fact that the IRS said everything it planned to say about the tax aspects of cryptocurrency nearly four years ago, in Notice 2014-21, there is a mismatch between the number of U.S. citizens who have bought, sold, mined, or received or spent cryptocurrency in transactions, and the number who have reported it on their tax returns.

According to Credit Karma, only .04 percent of the tax returns that they have filed for clients so far this year reported cryptocurrency transactions. Meanwhile, Coinbase, a cryptocurrency exchange, is estimated to have had 11.7 million users by the end of October 2017. And since Notice 2014-21 says that cryptocurrency is property, not currency, any transaction likely results in a reportable gain or loss.

“And the Tax Cuts and Jobs Act made a major change to the code under Section 1031, which allows businesses and investors to exchange like-kind property tax-free,” he said. “Since 2014, many practitioners took that to mean that if you exchange virtual currency for other virtual currency, then any gain can be tax-free or deferred under Section 1031.” That possibility no longer exists as a result of tax reform, Losi noted.

On top of that, he pointed out that the largest custodian of virtual currency, Coinbase, lost a legal battle with the IRS requesting a subpoena of their records, so now they have to disclose the vast majority of their U.S. users.

“So the IRS will have data to determine if Americans are reporting gain from virtual currency,” said Losi. “Now, U.S. account holders with balances of $20,000 or higher are covered by the subpoena.”

“It’s up to the individual to keep records,” he added. “If you bought a house using bitcoin, it’s as if you sold the bitcoin and used the proceeds to buy the house. You’re liable for tax on the gain between when you acquired it and when you bought the house.”

Taxpayers who “mine” virtual currency realize gross income upon receipt of the virtual currency resulting from those activities, according to Notice 2014-21. Mining includes using computer resources to validate bitcoin transactions and maintain the public transaction ledger. Moreover, if a taxpayer’s “mining” constitutes a trade or business, and the mining activity is not undertaken by the taxpayer as an employee, the net earnings from self-employment resulting from those activities constitute self-employment income and are subject to the self-employment tax.

“Bitcoin miners use computing horsepower to solve complex algorithms,” Losi said. “If they do this successfully, the community reward for solving the problem and creating the block sequence of the next block in the chain is their currency, which had a value in 2017 of $8,000 to $19,000. Each algorithm gets exponentially harder to solve than the last.”

In this area, practitioners disagree with the IRS’s approach, according to Losi. “If I mine for precious metals, when I strike gold or diamonds or copper or zinc, the mere striking does not equal a taxable event. It goes into inventory and it’s not until I sell that it’s a taxable event. But when I receive a bitcoin credit to an online wallet, the IRS treats it as a taxable event. When you are credited with the coin it’s treated as service income.”

“This is wrong — when you make an exchange you need two parties,” he said. “When a bitcoin miner receives a coin, all it does is expand the number of bitcoins in circulation.”

Chuck Sockett, a managing director at UHY Advisors, agreed: “Someone who mines uses equipment to go into the ground and mine, and bring gold or diamonds to the surface. There’s no gain until the miner disposes of the mineral. If you mine virtual currency you can deduct the expenses of the computer, but the IRS considers anything you mine to be immediately taxable. That troubles me.”

Investors in cryptocurrency assumed that they had complete privacy because of blockchain technology, according to Marvin Kirsner, a shareholder in Greenberg Traurig.

“But they didn’t consider that the IRS would issue summonses to get information from a virtual currency exchange, and many investors are having their information disclosed to the IRS by the exchange,” he said. “The subpoena to Coinbase will likely be the first of many subpoenas, so now the IRS knows the names and identities of investors. They will start getting audit notices as to why they didn’t report these transactions.”

“I advised my clients a year ago to file amended returns to reflect all their trading,” he added.

Kirsner believes that the IRS will eventually come out with a voluntary disclosure program, similar to the Offshore Voluntary Disclosure Program in place since 2014 (which the IRS just announced that it would wind down by Sept. 28, 2018 — see page 15).

Most transactions are likely to generate short-term capital gain at ordinary income rates, according to UHY’s Sockett. “People in the office who are buying and selling very quickly — that’s all short-term. And if it’s treated as inventory, it’s just ordinary income from the sale.”

It’s not just the IRS that has increased its scrutiny of cryptocurrency, Sockett noted, adding that both the Securities and Exchange Commission and the Commodities Futures Trading Commission have taken recent action on cryptocurrencies.

The SEC issued two investor alerts in 2013 and 2014 to make investors aware of the potential risks of investments involving bitcoin and other virtual currencies, and in July 2017 it stated that initial coin offerings can sometimes be considered securities. In February 2018, it issued 80 subpoenas to companies and promoters involved in issuing cryptocurrency. “It comes down to classification as a security,” said Sockett. “If the SEC wins out, ICOs will have to be registered as a security. Their concern is whether any of the offerings involve fraud or misrepresentation that might hurt investors.”

“After the SEC goes through the different ICOs, they will come out with a position that will likely change the playing field,” he said. “And the IRS may give additional guidance after the SEC takes a position.”