This year brought one of the most serious cyber attacks in business history, with crooks attacking a Ukrainian small business tax software that served customers in 64 countries. Many of the owners were contacted with promises to return stolen files for just $300 in bitcoin. Although some companies refused to pay the ransom, many did so for obvious reasons.

How to handle a cyber attack is a complicated matter. However, one issue is clear: the cost of replacing or recovering stolen property, including a ransom, are all tax deductible under the business theft loss deduction.

Do You Qualify for a Business Theft Loss Deduction?

The IRS regulations regarding writing off a business theft loss deduction are actually very lenient. The IRS defines theft as removing property with the intent to deprive the rightful owner of it. Actions subject to the business theft loss deduction include robbery, burglary, blackmail, hacking, embezzlement, extortion, kidnapping, ransom, and larceny. No conviction is necessary to claim these credits.

The expenses that qualify for the deduction are any that are “ordinary, necessary and reasonable” resulting from the theft. This is one area where the IRS has been fairly lenient with business owners. However, this can also create unwanted ambiguity.

It makes sense on some level that a ransom would qualify as a deduction under IRS rules. However, what about blackmail? Contrary to popular belief, some types of blackmail and hush money are indeed tax deductible. The payment simply has to be legal. While demanding blackmail from a person is illegal, paying up when demanded is not a violation of the law. Bribes and illegal money transfers, however, are not legal. 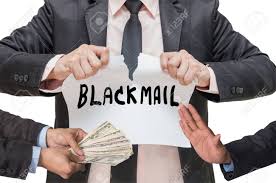 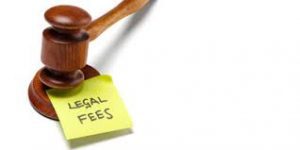 The legal fees associated with a crime are a gray area, although courts have shown a great deal of leniency even here. In general, all legal fees associated with a crime committed against you are a write off according to established IRS precedent. Writing off fees and pay offs when you are the perpetrator, however, is trickier. In SEC vs Bilzerian, a Mr. Bilzerian tried to write off a $125,000 pay off to his stockbroker, which was essentially hush money. The Internal Revenue Service initially denied this deduction, but tax courts ultimately ruled that the deduction stood. According to courts, the payment had to be illegal in itself and not just tied to illegal activity in order to not qualify for the deduction.

Crime and illegal activity can be devastating to a small business. The IRS recognizes this and allows owners to write off the costs associated with criminal activity – to a point. If you are curious about whether your expenses could be written off successfully, talk to an experienced CPA today.